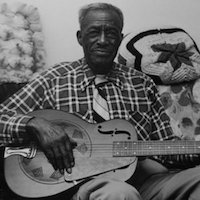 The lyrics and music that Son House put down in the 1920’s and early 30’s left an indelible mark on blues, country, rock, RnB, and just about every genre of American music. His classic “My Black Mama (Part 1)” has been covered and reinterpreted by a who’s-who of blues legends including Robert Johnson, who recorded it as “Walkin’ Blues.” John Lee Hooker called his post-war version “Burnin’ Hell,” based on the lines “Ain’t no heaven, ain’t no burnin’ hell, where I’m goin’ when I die, can’t nobody tell.” This amazing solo vocal and guitar performance has lost none of its power over nearly a century since it was released on 78 RPM discs. 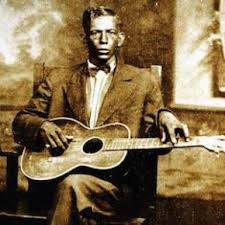 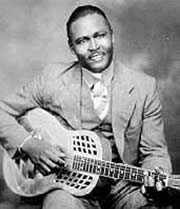 Kansas Joe McCoy and his wife Memphis Minnie were stars in the Memphis and Chicago blues music scenes. Together they recorded the hit “Bumble Bee” in 1929 for Columbia Records, and a stack of other great vinyl 78 sides. “Pile Driver Blues” features Kansas Joe singing over their trademark lead and rhythm guitar interplay. Jimi Page and others in the English blues and rock scene would draw heavily on their influence a few decades later. 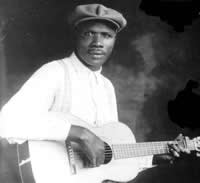 Often hailed as the “Father of the Memphis blues” guitar style, Frank Stokes recorded dozens of 78 RPM sides for Paramount and Victor Records in the 1920’s. Under his own name and as part of the Beale Street Sheiks, Stokes introduced a touch of show biz professionalism to what had been a mainly folk music tradition. Playing the southern minstrel and vaudeville circuit, he influenced not only blues artists, but also country singers like Jimmie Rodgers. “I’m Going Away Blues” features a country fiddle with Stokes’ acoustic blues strumming and sublime vocal performance.