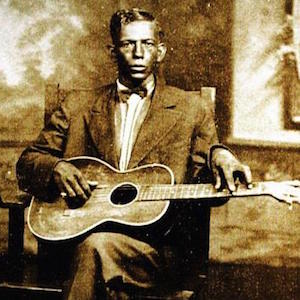 It is impossible to overstate the importance of Charley Patton’s music and its lasting influence. Robert Johnson, Howlin’ Wolf, John Lee Hooker and other key figures in American music were directly and profoundly inspired by Patton in his lifetime. This recording of his own “Poor Me” – made shortly before his passing in 1934, captures Charley Patton’s masterful guitar technique and unique vocal style in a sublime solo performance.